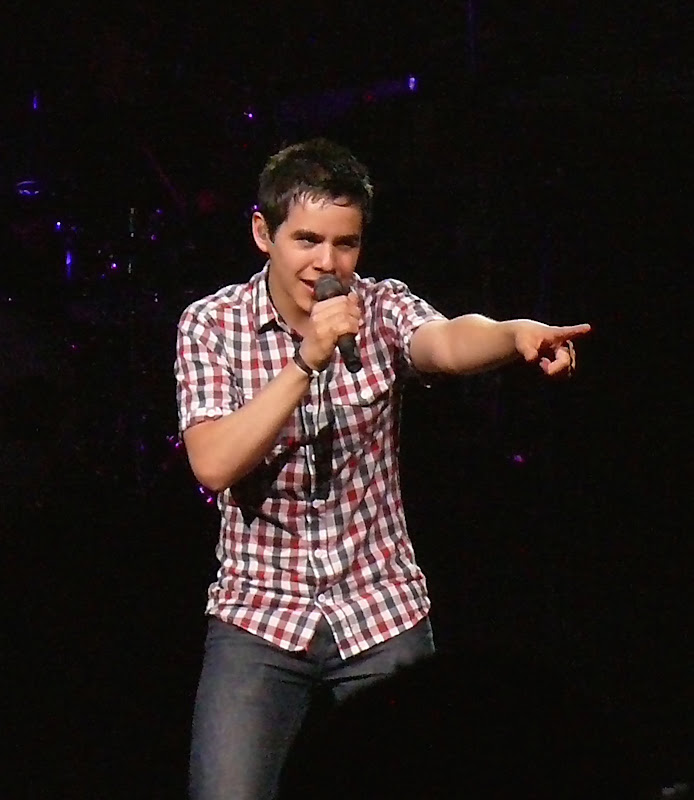 A perfect storm in nature occurs when there is a simultaneous occurrence of events, which by themselves would be less powerful than the storm that results from their chance combination. I will use this euphemism to describe David’s vocal performances on this summer tour.

Although Demi Lovato has complained of vocal strain this summer, the same cannot be said of David because his vocal training enables him to sing without undue strain on his vocal cords. David’s brush with vocal cord paralysis have been part of his resume ever since we saw his first American Idol audition. David’s vocal coach, Dean Kaelin, has described David’s trials and the vocal techniques David used to overcome this ailment.

However, for all the proper vocal therapy and training techniques David may have mastered under Kaelin’s tutelage, the one thing he could not teach was the natural ability to make a song his own. In his e-book, American Idol and David Archuleta, An Insider’s View, Kaelin writes: “Even at the age of 11, he had a powerful voice, but what set David apart most was his innate and natural feel for stylizing and interpreting a song. David had a lot of emotion and feeling in his songs, his pitch was all but perfect, and he had tremendous control over phrasing and licks which is extremely unusual for someone of that age.”

Similarly,  through our experiences with David’s talent, we grew to understand the performer along with the voice. David likes to sing songs with uplifting lyrics. He infuses enough emotional heft to connect the audience to the song and to him.

We used to know what to expect from David’s performances. Like a good chef following a familiar recipe, David would mix the ingredients proportionally, throw in a generous dollop of charm and presto – out would pop a usually ear-pleasing, beautiful performance that checked all the boxes and then some. It’s not so simple anymore. Somehow in the middle of the night (maybe while we were in an archustupor watching YouTube videos of his past performances) ninja-quick David traded in the old recipe for a new and improved version. We haven’t been the same since.

During his tours so far, and despite David’s concerns about vocal endurance, his voice has grown noticeably stronger and deeper. Additionally, his emotional connectivity and artistry have improved so much that both long-time fans  and new fans are overwhelmed by the new depths and ease at which David has us eating out of his hands. Sure, one can argue that more familiarity with his repertoire and new-found confidence on stage adds to the mix, but those factors alone cannot account for the high caliber of these sizzling summer performances.

In a 2005 article, “Take Off  Your Emotional Clothes and Sing,” author Charles Isherwood shadowed legendary Broadway star Barbara Cook as she taught a master class about making songs come alive. “The key to good singing is making a real investment of feeling in each note. Your own humanity,” Cook said, “is your pathway to artistry.”

Using a vivid metaphor that acknowledged the scariness of the enterprise, Cook explained, “We have to find the courage to take off our emotional clothes.” Cook described the certain fear that motivates many singers to perform. “We feel that we’re not enough, that the world doesn’t want us,” Cook said.

Isherwood observed the students’ behavior as Cook shared her wisdom. “The students were hiding inside the music, inside their technique, and Ms. Cook set about dragging them out and making them lay bare their own truths, even if it meant awkwardness, embarrassment and some blunt criticism – leavened, in all cases, by sincerely delivered hugs and kisses. She put forth a telling paradox: ‘The place that seems most dangerous is exactly where safety lies.’ In other words, self-exposure and the abandonment of technical propriety, scary as it was, was the surest, the best, maybe the only way to communicate with an audience.”

David has said that speaking is difficult for him and that he can truly express himself through music. David is shy and soft-spoken off stage, yet the moment he steps out on stage, something magical occurs. David becomes this performer sure in technique while also emotionally heartfelt. Inanimate lyrics and music notes become alive and meaningful as he interprets a song. As an audience member, you listen with your ears and understand the song in your heart by the time he is done.

An interviewer recently asked Cook about what she liked about American Idol. She said, “Last year, I loved David Archuleta; I think he’s a major talent. Not only does he have this gorgeous voice, but there’s such soul in his work” (http://www.theatermania.com/new-york/news/05-2009/simply-barbara_19250.html). It surely seems as if David could conduct a master class with technically-trained singers older than him with the natural ability he already has.

David achieves several accomplishments at once. He sings a song with the correct technique needed to articulate a song’s message and project his voice without injury. At the same time, he intuitively stylizes a song and emotionally bares his soul. This is then layered by his ability to quickly incoporate other newly-acquired  powerful artistic entities, like  confidence and stage presence, to achieve a performance  “storm” of perfectly balanced proportions.

Watch in wonderment as “Storm” David seamlessly pulls all these elements of technique, artistry, and power together in his cover of Apologize.

“Every time I hear him sing this, I sit back in complete and utter amazement. HIS VOICE! His expressiveness and emotion. Ah, the passion and heart he puts into every ounce of this song. Whether it’s him standing there by the piano, moving around on stage, or sitting at his own keyboard. Each time it’s so moving and telling and piercing. And now with just HIS VOICE and HIS NORD. STUNNING. One can just hear the purity and richness and intensity in his voice and it’s OVERWHELMING.” 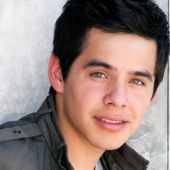 When I Fall in Love…