David is without question, The Voice.

There is NO ONE on the music scene today, or ever, male or female, that can compare to The Voice. There just isn’t. Seeing and hearing him on stage is special, but believe me when I say, hearing him at the VIP was out-of-this-world sublime. It’s effortless. It’s heartfelt. It’s beautiful. It’s unforgettable.

Part of the fun was seeing so many wonderful fans of David. My sister and I had lunch with KT, Deb, Mary, Bonnie, Lorna, Wendy and her mom, Nancy, YJfanofdavid, momjulee, SandyBeaches (and Mr. SandyBeaches), and I chatted with bluebarsa and kizzi at the show.

At the VIP all the chairs were taken when we walked in, so we had to sit on the floor in front, with all the young girls. That must have been a pretty sight for David… a white-haired granny sitting with all the pretty young girls! As we waited for more than ninety minutes, my anticipation was killing me, as was my poor booty! Then FINALLY he came in, sat at the keyboard and looked like he was where he wanted to be. I think he said a few words… I don’t know. You see, I went into an Archudaze. I think he asked which song we wanted to hear first. We must have agreed on “Crazy.” And then I died a little. The Voice was perfection. Every note was smooth, mellow, yet strong and full of fire and I felt warm chills from the top of my head to my toes.

Then he sang “Heaven,” and I thought this must be what heaven feels and sounds like. I remembered how “he had me at ‘Heaven'” as a devoted fan completely and forever. As if that weren’t enough, a fan asked him to sing “A Long and Winding Road” and I will truly never forget the feeling that came over me as I listened to David live up to who he is, The Voice. I love what he does and who he is on the stage, but I would be satisfied if he just sat on a stool with a mic and just sang. He is THAT good!

Then it was picture time. They tried to hurry everyone due to the time, but David, ever patient and gracious, let everyone take time to say what they wanted to say to him. Our time came up and I do not recall this, but my sister said I pushed her out of the way as we walked toward David. Who me? He said “Oh hi!” and I said “Hi David, how are you?” and gave him a little grandmotherly hug. Then my dear (bless her heart) sis, proceeded to sing “I flew all day to get to you” to the tune of Celine Dion’s “I Drove All Night.” He laughed at her, even though she said he laughed WITH her. I keep telling her she can’t sing and maybe now the look on David’s face will finally convince her (here’s hoping!). I love my sister, but we do argue about which of us loves David more!

We had great seats for the concert, fourth row dead center. When the lights dimmed, as the drumbeat intro started, I felt sure it was my own heartbeat I was hearing. What a rush of adrenaline! I swear David is keeping me young at heart. Suddenly there he was and the whole world disappeared except for David. I could hear no sounds except for The Voice. I couldn’t hear the screams, the cheers, or the applause. I was surprised at all the screams on the videos. It was quite shocking as I really was not aware of them.

As David progressed from one song to another, I began to marvel at his ability to make each song new. I marvel at how he has grown, how he is basking in his confidence, and I think he is finally getting it! He finally believes he deserves all this – all the love and adoration. He takes command of his stage now and it’s a sight to behold. He sang some of my favorites: “Stand by Me,” “Somebody Out There” and “To Be With You.” TBWY was so beautiful, but there was something different. He changed a lyric, subtle but unmistakable, and I wonder if it’s his way of sending us a message?

For his first encore he sang “Bubbly” and now he owns it. But the absolute highlight of the evening, not counting the acoustic session, was “Angels.” David’s heart and soul were laid bare. He was magnificent! I think I forgot to breath for the whole song, because I was literally gasping for breath when he was done. Then I was undone when he said, “I love you guys.” He bowed to his captive audience which should have been the other way around – us bowing to him for showing us a supreme glimpse of heaven. He gave a palm to heart, turned and was gone.

When friends and coworkers ask me why I go to so many David concerts, I explain that each time I see him, he surprises me. He gets better and better. Even singing the same songs, he makes it a new experience. He is worth triple his weight in gold. He is after all, The Voice.

Thanks to carnivalridexx for the beautiful photos. 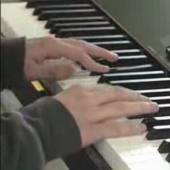 All David, All Christmas Music