Many of us here latched on quite early to the notion that David was something far more than meets the eye.

Although his messages were always subtle, we became aware of the fact that he wanted to convey something through his music. His music choices, I believe, were always more difficult than any other contestants on American Idol. It seemed that he wanted to choose songs that he could not only perform well vocally, but which said something about him, about his values and what was important to him; what messages he wanted people to hear.

David delivered these pieces nearly flawlessly, but also, subliminally, it was as if he was working his way into our souls. By opening himself up, allowing himself to be vulnerable, and taking risks on song choices, he was conveying more about himself than perhaps we realized at the time.

David has just finished a twenty-five stop tour, from East to West Coast. As the tour moved on, we saw David making visits to children’s hospitals and cancer centers. These do not seem to me to be impromptu appearances. I believe these visits may well have

been equally–if not more–important than his performance appearances. A considerable amount of planning must have taken place, possibly long before the tour was even announced, to arrange these visits.

David’s charitable works are not advertised, there’s no forewarning, and he seemed to go to great lengths to keep the schedule of his visits to charitable organizations during this tour well under-wraps. As skillful as the ArchAngel detectives have become, nobody knew about these visits until after they had taken place. That, I believe, was not by accident.

I can’t imagine that David has become involved in charitable works because it was expected of him, or because his public thought he should. When we fell in love with him, we didn’t know how deeply caring and involved he would become in this work. With this in mind, I offer you a thought to contemplate: Perhaps, David’s music is not his first love. Perhaps, just perhaps, his music, the voice, is merely a vehicle, enabling David to reach farther, and fly higher. 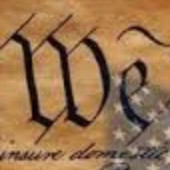