I had no idea how much fun I’d have at the Las Vegas Demi/David show. The miracles that have usually surrounded David events in the past were back in full force. I have missed them. Let’s just say I needed it. A lot.

Las Vegas is far from my favorite place. 116 degrees of baking Fahrenheit heat beating down on you is a case in point. But David was opening for Demi in that city, (even though no one would know it if they looked at the marquee in front of the Orleans where his name was conspicuously absent) so with family and friends, I piled into the car and 207 replays of  “I Wanna’ Know You” and “Zero Gravity” later, we were there.

The concert:  he REALLY brang it!  When you think you’ve seen him at his best, he digs deeper and pulls out more. I don’t know how he does it. I want to listen to Vegas Barriers every day for the rest of my life. Apologize made me cry. I couldn’t keep track of the new riffs and runs he threw into every song.  He charmed the pants off of the Demi mom/daughter combo who started out his set sitting with their arms and legs crossed, which progressed to mom tapping her toe and bopping her head, which progressed to her taking pictures of David with her mega-camera, which progressed to both of them singing full out every word to CRUSH at the end.  Bring it David, bring it!! And I jumped with The Princess to Zero Gravity.

But first was the VIP experience. Can I just say, David is a charmer, pure and simple and I get the distinct feeling that he totally knows it? Sure, he likes to pretend he’s just a spacey, weird kid, but I have no doubt that he owns and delights in his ability to make people happy whether he’s singing, taking polls of the audience or rhapsodizing over wheat bread. The boy is entrancing and irresistible and delightful and completely fascinating all at the same time.

He told us it really wasn’t very ‘heat-ey’ outside except the wind was blowing and sucks every last bit of moisture out of you and makes your skin itchy. He polled the audience numerous times about numerous things, but then finally sang Heaven and Crazy.  I just want to know one thing: David, what are you thinking about when go to that place where it all comes out in a blaze of gorgeous sound and glorious emotion? I really really REALLY want to know.  Because that ability to communicate soul-to-soul is not just about raw talent. It’s about who you are as a person and how much you want to give to your audience. And you do it at the drop of  a hat. I think the word I’m searching for is GAHHHH! But I really want to know.

Heavenly music over, souls touched and tears shed and it’s time for the questions. Did I mention that both my friend Mary and I were chosen to ask a question? What are the chances? I mean, really, what are the chances? Apparently I let out a scream when my number was called – which I was sincerely hoping was correct, because I didn’t have my glasses on and I had to rely on our new friend John to tell me what my ticket said. But since no one tried to take my spot when we went up to the front, I’m assuming he was correct.

First up, a sweet girl wanted to know about the car-chasing incident with Jason Castro someone tweeted about the evening before.  She asked David what happened with the fans last night and he diplomatically said ” I don’t know, I wasn’t paying attention.” Really. Just like that. “I don’t know. I was talking to someone else.” Then, realizing this was sort of a lame answer, he started talking about what he ate with his buddies. Turkey burger on wheat bread.

Outside of his singing, the most passionate we ever hear him get is when he’s talking about food. Gotta’ love that in a man. So it shouldn’t be a surprise to us all when he gives a little moan at the thought of the taste of wheat bread. What can I say? I’ll bet the majority of the people  in that room wished they were a piece of wheat bread right about then.  Someone asked him to write a song about wheat bread, but he said he would have to write about wheat fields because it would be more romantic, but even if it became someone’s wedding song, he would always know it was really a song about wheat bread. White bread – ugh. Stretch-ey and foam-ey. (Lots of -ey words. Like the acoustic-ey set he wanted to do at his solo concerts and what should he sing.)

My friend Mary was up next. Beautiful voice, 7 months pregnant, inspired David to sing a little Earth,Wind and Fire about her due date in September. Sweetness overload. Her question was could she sing with him and he complied. After going through a little comedy routine worthy of Victor Borge at the piano, he found the starting chord and off they went. We cheered and clapped and David said “Hey that was good! I’ve never sung with a fan before!” He continued to charm, the audience loved it and it was PRICELESS.

Then it was my turn. I want to say that David looked at me and said “Hey mom, I’ve missed you! Did you bring organic cookies?” but he didn’t. He did say “Hey, how are you?” with a smile and I knew he recognized me, so I really can’t complain. I proceeded to ask him a very self-indulgent question from Utah peeps “David would you mind singing your favorite Primary song?”  Primary is the name of the organization the children ages 3 – 11 go to in the LDS church – like Sunday School. Singing is a major part of this experience. There are some beautiful hymn-like Primary songs that would make you all cry, but David, ever the diplomat, didn’t want to get too doctrinal in a non-religious setting,  so sang the one we were all betting he would sing “Popcorn Popping on the Apricot Tree.” It comes complete with hand motions, which David did. Pretended again that he couldn’t remember all the words, so Utah peeps helped him out. Claps and cheers again.

But I wasn’t through. I told him I assumed that was just the warm up and would he please sing “Jesus Wants Me For a Sunbeam. “ He laughed, immediately started singing it and popped off his chair on the word “BEAM” which is exactly what he probably did when he was three. Discussion and hilarity ensued. Then he felt guilty and apologized for the “Mormon jokes” but I don’t think anyone minded. Thank you David for doing this. You have no idea how happy you made a lot of your fans.

Seriously, how great was that VIP? You ROCKED David, you ROCKED AND ROLLED. Charmer. Flirt. Stand-up comedian. GAHHHH.

To end the evening, my friend Karin summed it up best – “Let’s go eat and just talk about how wonderful David is for the rest of our lives.” My new philosophy in life. We did. And we will. We bet on love in this trip and came out Big Winners. 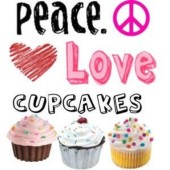