LOVE AFFAIR: noun; A strong, enthusiastic liking for something

Holding tickets for two of the last three rescheduled concerts was my opportunity to bond and celebrate with people I knew only in cyberspace. Dawn drove up from New Jersey to pick me up for the trip to Manchester. We had waited until this event to listen to Christmas from the Heart. We floated along the highway as we heard the CD for the first time. My favorite is Pat-A-Pan.

We arrived in Manchester around noon. The remainder of the afternoon was spent gathering the troops. Our common love for the Prince of Love and Peace, David Archuleta, brought us together to celebrate our friendship in person. Waiting in line to get signed in was a party in itself. Lots of introductions and hugs. Inside was much standing around to wait for the procession to the VIP event. We made the most of our time as we talked about our latest David news. We tweeted our excitement to those who were hungrily waiting to know any tidbit about the day. Love flowed both ways as I got a text from a friend in Utah. She was thinking of me that day, so she reached out.

Inside the VIP area we began a rather long wait for our Prince. The coordinator did her best to keep us amused, but it was a fail. Some things were not in her control. The headliner seemed to have extended time for sound check. This threw off the timing of what we came to expect. The acoustic set we had hoped for was now a two song sound check. Once the arena was vacant, we moved in to the first four rows. David was on the stage waiting for us! He said hello and reveled in seeing us make it to our seats. He spoke of his back issue and how he had gotten a bit over zealous on the treadmill. Opening his hoodie, he showed us his cold pack wrapped around his waist. He referred to his outfit as his “hobo clothes” and wished he could stay that comfy for the show. Looking up at him, so close, was spectacular. He has grown taller. His exercising and running has toned him into a lean machine. The singing was full and rich for the two songs of sound check. He made eye contact and waved as he strolled the stage left to right. The energy was low key as he said he likes to save something for the performance to come.

He was charm squared as he answered a few questions. He is writing a book with a writer who is helping to draw him out on some things he wants to say.  David said he likes the process because it makes him recall things in depth that he had forgotten. The Woman’s Conference speech may have been a peek a things to come in the book. SandyBeaches asked if would sing Ave Maria. He leaned to the microphone and sang “Ave….” when Ray had to cut him off for time constraints. David stayed on the stage and watched us leave. He said goodbye and waved to many who passed by the front of the stage. Lots of love was exchanged in that short time. We sustain him and recharge him as much as he fills us up with his charm and music. It has become a two-way love affair.

The VIP lounge was small and time was short. We all got a short time with David for a greeting and a picture. Josie’s mom, Noni, was maybe the cutest thing on two feet as she latched onto David and began talking to him. His face was so endearing as he smiled at her. Whatever she said made him very happy. The small children got a special hello as he greeted them. A particularly comical thing happened when a visibly pregnant lady came up for a hug. David put his hands up as is to say, “Where do I put these to hug?” It was so funny as the lady just moved in on him and hung on. He seemed to not want to hold too close so as to hurt the baby, maybe? His face had a “deer in the headlights” look when she walked away.

Seeing the show from row 10 was a first for me.

The David we knew from the VIP lounge had left the universe. In diametric contradiction, David the performer stood behind the gigantic veil shielding the stage. Down it came, he was home on his turf, the stage. Maybe it was something about being away from singing to a sold out arena that renewed him. Energy was high, voice strong and pitch perfect. Rather than go into detail on each song, here is a glimpse of classy and sassy.

After the show, several of us were the guests of Kizzi in her suite. We enjoyed wonderful food and friendship. She was so gracious! Then it was back to djjxox’s room for a few of us to catch the night’s video uploads on YouTube. Hugs goodbye in the wee hours, with anticipation of meeting the next day to begin again. 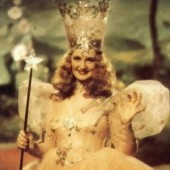 The Gift that Keeps on Giving

David is in a Relationship