A Miracle in Milwaukee

Well, I’m home from Milwaukee and although I’m not a fan of the “after David concert let-down blues” what better time to reflect on the experience, right?

I feel like I just came back from the Great America Amusement Park after riding the roller coaster a gagillion times.

Freo, myself and another fanfriend decided to check into a beautiful hotel across the street from The Rave venue and make a “weekend” out of our concert experience, which is definitely the way to go if you want to prolong the whole David concert experience. Little did we know what we were in for.

We had big plans for the morning of the concert, including a tour of the Pabst mansion and going to the spa at our hotel. It’s amazing how all of those plans go right down the tube the minute you see a tour bus pulling into a venue. I was having coffee with Freo under an umbrella table in front our our hotel when I spyed the bus coming down the street behind her and started screaming, “OMG!!!! It’s the bus!!! He’s here!!!” 😆 Yes, the two of us, intelligent, mature, rational females (yeah right!) totally spazzed and all previously made and well thought out plans for the morning went right down the toilet.

Through the course of the day we ran into many other fans of David’s from several different fansites. It was so much fun to sit and talk about all things “David”. We were all diehard fans that had been to multiple concerts and shared all of our experiences with one another. It was really cool meeting everyone in person and seeing the faces behind the screen names. We had a blast. We laughed, we analyzed, we debated and in the end we all expressed concern over David’s current vocal health after hearing of his struggles during the concert the night before.

We headed to the venue to check in for VIP and they gathered us all in a room where we were informed that David was on complete vocal rest so he would not be performing the acoustical set or be able to speak to us. They also informed us that David would not be doing a soundcheck in a further effort to preserve his voice for the show. They told us he would still take pictures with us and sign autographs. While everyone digested this change in plans, pizzas were delivered and we waited for David. We were then informed that David had changed his mind and decided to participate in a sound check and would join us afterwards.

We all sat on stools as we heard the band begin to play Touch My Hand and we heard David begin his souncheck. I have to tell you, it was one of the most heartrending moments I have ever experienced. His voice was gone, completely hoarse and he was struggling to maintain any vocals whatsoever. Freo and I looked at each other and I thought we were both going to burst into tears. Any nervousness we had felt over our opportunity to meet David in person transformed into complete and utter anxiety for David and his upcoming performance. We felt nauseous as we tried to console each other over our fears of how scared David must be feeling and shared our thoughts of how the concert should be canceled and all the measures that would be required to accomplish that task. We were completely heartsick for David.

Suddenly, we looked up and recognized the small, dark-headed figure walking briskly towards us with the now familiar short, quick, energetic steps. He entered the room with a huge smile on his face, waving at everyone as we cheered and screamed. He held up a dry marker board and wrote, “hello”. We congratulated him on his Teen Choice Awards and he wrote, “Thank You”, smiling the entire time. I was stunned by his calm and upbeat demeanor in the middle of this “crisis.” He seemed to be faring so much better than the rest of the fans in the room. They instructed us to line up for autographs and photos. Freo and I chose to stay seated so that we could observe him as he proceeded to accommodate the 50 or so VIP fans. He smiled and signed and hugged and was the usual “David” that we have all come to know and love even though it was a bit awkward not being able to converse.

When he was done, he waved goodbye to all of us as he exited the room. The smile left his face and he looked very unhappy as he left. I watched him walk away with the assistant, his hands expressively waving in the air, shaking his head, shoulders slumped, as he attempted to communicate with him. Several minutes later, David returned to the room, taking everyone by surprise. He stood up in front of the group and croaked that he wanted to sing us something, that he didn’t know all the words and would make some of them up as he went along. He was extremely hoarse, talking in a whisper as he searched to find his key. The entire room held their collective breaths, I swear I could hear the hearts pounding all around me. In my mind I was screaming, “No, no, no….You shouldn’t do this, OMG don’t do this!”, and then he began to sing. I don’t know the name of the hymn but I can tell you it was the most sincere, selfless, generous, giving, spiritual thing I have ever witnessed. It was through no small effort that he delivered this gift to his fans, and it was truly a gift. Everyone had tears in their eyes as they stood and screamed and applauded. He smiled and waved as he left the room. There was no doubt in my mind that David could not have left it any other way, to do so, in his mind, would have been shortchanging his fans, and he would not do that, could not do that, that would be unacceptable, because to him they deserved more than that.

As far as the concert goes, well, you can go and watch the videos, they speak for themselves.

I turned to all of my mosh pit friends at the end and said, “You have just witnessed a miracle.”

No truer words were ever spoken.

There’s a call that comes to you and me,
Strong and clear, to share His truth and light.
It’s our time to serve and bring new life
To a waiting, waiting world in need.

Each new day we’ll nourish with His words
Those who seek direction from above.
With our hands we’ll share the Master’s touch
With our hearts we’ll spread His endless love.

Until He comes and His work is done,
We’ll labor and we’ll reap.
What joy we’ll find this last time
As we serve the King of Kings.

Heaven’s eyes smile down as we declare
Words of peace so precious and so rare.
As we reap with tenderness and care,
Truth and hope bless nations everywhere. 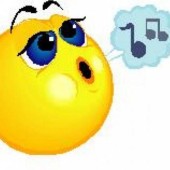 Get Ready for a Soothing Soft Sept 28 Sunday

A Glorious Sunday Gift from @DavidArchie