Is there ever a dull week in Archuworld? Apparently not, as this week included not only a new video of Touch My Hand, but a much-anticipated performance on American Idol. The TMH video was greeted with mixed reviews amid speculation that this will be the next single.

The highlight of the week, without question, was the Wednesday night appearance on AI. (This HQ version is courtesy of MJsBigBlog). David described himself in a new as nervous being back on that big stage. It was “where I got judged every week, so it was pretty freaky.” He also had to face those same judges: “Oh my gosh, what are they thinking right now?” He delivered a solid performance with some signature moves that thrilled his die-hard fans. Plus, anyone who knew David only from his AI performances got a quick update on the presence, power and poise of this young man.

David to Anoop and Allison: “I just want to say you both have awesome voices. There are so many opportunities after this. … Just know that it’s not over even after this. I’ve been having such a great time. There are a lot of people who didn’t have to go all the way to really live their dream.”

David and the band headed off to the UK on Thursday to start the tour with McFly. They flew to Edinburgh, a 15 hour flight, and headed immediately for the venue for a soundcheck and performance. Let’s hope they all got some sleep on the plane!

There continued to be some news from the Asian trip with an article from the Manila Times, and a breathless fangirl blog from the lucky Malaysian girl who won a contest to spend the entire day with David. Fun facts: he dances constantly, answers questions with song snippets, and enjoys shopping.

David kept us up-to-date with a new blog. And if your world is not complete without a constant connection with David, help is here at last. He has a new Twitter that you can follow. Twitter on! 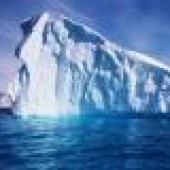 A Report from the ArchuFog

Gosh, Where Did They Park?