We must go back to the beginning, when the spell was first cast. What lies beneath the mystifying fascination we have with David Archuleta began when the incantation was first performed. The performance varied from Heaven to Shop Around to Imagine, but the vital component essential to producing the desired effect remained. Our captivation began the first time we each heard The Voice. That magical, otherworldly voice.

It is an entity felt as much as heard. It shivers your spine one moment and caresses you like a lover’s warm breath the next. This is the voice of all your pain released and all your joys restored. It is a soulful, sensual thing of terrible beauty that takes you captive, leaves you spellbound.

As if the siren call of his voice were not alone enough to enslave, he has other charms at his disposal. He is utterly, beguilingly, beautiful. This beauty runs much deeper than the devastating countenance we see on the surface. It is an incandescent beauty of spirit that radiates from within. There is no question that he has “it” in spades. Elinor Glyn came up with the concept of “it” for a story published in Cosmopolitan magazine in 1926. She described it as “that quality possessed by some which draws all others with its magnetic force.” Not by coincidence are the letters I and T highlighted and elongated on David’s debut album. But… it does not suffice. It will not do. To explain the hold he has on us, we must have the courage to delve deeper.

We must admit that we are powerless against the enchantment of a changeling. Off stage he dazzles us with a boyish grin and often an expression of wide-eyed wonder. It is as though Tom Sawyer himself had strolled out of the pages of a book to steal our hearts. He is so adorable, so irresistibly engaging, that in a twinkling he conjures us into putty in his beautiful hands. Thus does the boy, working in league with his alter-ego, strip us of our defenses and render us completely vulnerable to the seduction of the man he becomes on stage.

That man does not play fair. He is distressingly lacking in that quality of mercy which droppeth as the gentle rain from heaven. What droppeth instead is a torrent of glistening sweat on a face so surfeited with passion one feels almost like a voyeur to something not meant for public enjoyment. Yet he is an innocent, knowing nothing of love in the biblical sense. It is a testament to the incredible artistry of David Archuleta that he is able to draw upon a kind of raw, essential passion, rarely mined. A priceless ore of exquisite beauty, this passion shimmers only in veins that traverse the wide cavernous souls of great artists. It is a passion s0 pure and powerful, it enraptures what senses we have not yet abandoned, and we love it.

And we love him. We love the beauty of his voice, his soul, his heart. We scarcely can believe in a time when this beauty was not a part of us. Now we hug it close, in a fierce embrace, like a child that was lost and now is found. In the words of the poet e.e. cummings, here is the real secret of our fascination:

here is the deepest secret nobody knows

higher than soul can hope or mind can hide)

and this is the wonder that’s keeping the stars apart

i carry your heart (i carry it in my heart) 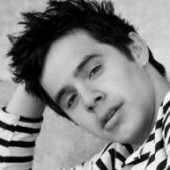 Everybody Has a Smile!

David Archuleta feat by KBYU 11’s Up to Date

Gosh, Where Did They Park?